Mark Dawidziak on Horror in the Heights 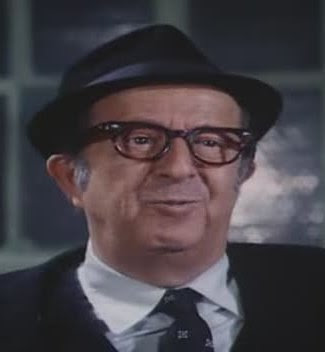 Have I mentioned that "Horror in the Heights" is my favorite episode of the series? I was tempted to just let that one line stand as today's posting, but I suppose a bit more is expected.

There is, of course, the overwhelming risk of needless repetition here, so let's start with the evaluation from The Night Stalker Companion:

If the series had to stake (pardon the expression) it's entire reputation on one episode, this outing would be it. They never topped "Horror in the Heights," a title that refers to the neighborhood Roosevelt Heights . . . More than just a good horror story, the episode manages to slip in statements about senior citizens, anti-Semitism, urban renewal and trust in cynical times.

Slipping in socially conscious statements was not an accident on Kolchak: The Night Stalker. There was spirit (not of the supernatural variety) in the writers' offices that was on the lookout for relevant messages to texture into the spooky stories. And here, for once, McGavin, producer Cy Chermak and the writers were on the same page. "It was fun," said Kolchak writer Michael Kozoll, who later created Hill Street Blues with Steven Bochco. "It had none of the pomposity that most television shows had. It had a sense of what its size was. . . there was a sense of humor  and social consciousness in almost every show. It made fun of the establishment, the cops, the government. We did shows about pollution and other issues. It really was quite ahead of its time."

"The show was very popular among college students, who picked up on the inside humor," Chermak said. “David Chase was barely out of college himself at the time, so he was close to that. Rudy [Rudolph] Borchert was another key member of the writing staff."

McGavin, too, encouraged stories that were about more than a weekly encounter with a man in a mask. Combine this sensibility with the moves of an established horror writer, Jimmy Sangster, and you get "Horror in the Heights."

That's not to say everything goes right in this episode. There are always nits to pick. The  budgets still were abysmally low. McGavin and Chermak didn't agree on how the show should be run. They were under incredible pressure and moving at a frantic pace. You're simply not going to catch everything, and some things are going to go wrong. But look at how much goes right in "Horror in the Heights," and you can start with the central idea cooked up by Hammer horror veteran Sangster: that the Rakshasa is a demon appears to its victim in the guise of the person he or she most trusts.

Trust issues run through many of the genre movies, novels and short stories of the 1950s, when the Red Scare cooked paranoia to a boiling point. You see it in Ray Bradbury's stories where Martians can read human minds and take the form of loved ones. You see in, of course, Invasion of the Body Snatchers, where aliens have taken the form neighbors, friends and relatives. It's a potent concept, to be sure, and giving that power to a killing demon is a bloody slice of horrific genius. 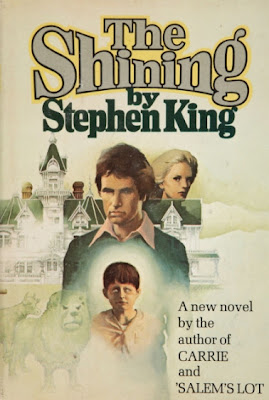 There are many reasons to admire all kinds of horror stories, but the rarest is, well, I won't say originality (that's too big a concept), but I will say ingenuity. My favorite of all Stephen King's books is The Shining, and one reason is that it's one of very, very few books that actually creeped under my skin and genuinely scared me. I can't even say that for Bram Stoker's Dracula, a book I obviously admire and cherish and champion in so many ways. But in addition to making me look over my shoulder, The Shining served up a fresh twist on the haunted-house tale. And it wasn't the haunted house. As wonderfully constructed as the Overlook Hotel was, it still was just another haunted house. Nope, the great idea lurking in the Overlook is the identity of Tony, the mysterious boy who visits Danny and advises him (an idea, by the way, that director Stanley Kubrick chucked overboard with that idiotic finger-wagging routine in the 1980 film version). When that's revealed, you almost want to put down the book, step back for a few seconds and give King a round of applause: "Bravo! Well done, sir!"

Similarly, the genius of Jeff Rice's original Kolchak story is not the monster. The vampire, after all, is your garden-variety Dracula imitation invading Las Vegas instead of London. The inspiration was not setting the story in Las Vegas, a city that really never sleeps (although we're getting closer to the genius spot). The genius was combing the verite approach Stoker took in Dracula, updating it, combining it with newspaper-comedy sensibility of The Front Page, and planting that hybrid in the rich soil of Vegas. That's what made McGavin, Matheson, Curtis and everyone else stop and murmur in deep admiration, "What an idea!"

Sangster earns the same kind of horror honor with "Horror in the Heights." Every time I think about the Rakshasa approaching you in the form of someone you love, the horror fan in me thinks, "Oh, that's good -- really good." On top of that, "Horror in the Heights" serves up more than its share of unnerving moments. It's also one of those rare Kolchak episodes where the humor and horror are in near-perfect balance. Look, how can you not love an episode where Tony describes a picture of the monster as "Bongo the chimp with fangs"? Well, you know, it does. Or Carl telling that young policeman, "Son, I've seen more dead bodies than you've had TV dinners." Or Carl discussing the rat infestation: "We all have rats, sir. You should see the one I work for."

Or the in-joke referring to a previous Kolchak caper. One of the four poker players in the opening sequence is named Joe (played by Ned Glass). The same character had shown up in "The Spanish Moss Murders" as an apartment superintendent. Kolchak gets information out of Joe by telling him he works for the Health Department. When Harry Starman (Phil Silvers) mentions the Health Department in "Horror in the Heights," Joe thinks he recognizes Kolchak. "Didn't you used to work for the Health Department?" he asks. Kolchak tells him that was his brother. The delightful double-play put Glass into what are probably the series’ two best episodes.

Murray Matheson, who plays museum curator Lane Marriot, was the Clown in Rod Serling's "Five Characters in Search of an Exit" episode of The Twilight Zone. One of his last roles was elderly Mr. Agee in the "Kick the Can" remake for the 1983 Twilight Zone movie. Directed by Steven Spielberg, it also featured Kolchak veteran Crothers.

Abraham Sofaer, who plays the elderly Rakshasa hunter Ali Lakshmi, was born in Burma to Burmese-Jewish parents in 1896. This was his last role. Calling Sofaer a veteran actor is something beyond an exercise in understatement. He made his London stage debut in 1921 and his film debut, Dreyfus, in 1931. Sofaer was a grand-slam anthology actor, appearing in episodes of The Twilight Zone (as Dr. Stillman in Serling's "The Mighty Casey"), Alfred Hitchcock Presents (Robert Bloch’s "Change of Heart"), Thriller ("The Prediction" and Bloch's "The Weird Tailor") and The Outer Limits (Arch in Harlan Ellison's "Demon With the Glass Hand"). He also guest starred on The Time Tunnel, Lost in Space, The Man from U.N.C.L.E., Perry Mason and in the "Charlie X" episode of Star Trek. Genre-wise, consider that he appeared in episodes bearing the names of Rod Serling, Robert Bloch, Harlan Ellison, Gene Roddenberry and Jimmy Sangster.

Herb Vigran, who plays Sol Goldstein, was another familiar face to TV viewers, playing everything from gangsters to judges in episodes of The Jack Benny Show, I Love Lucy, Dragnet, Perry Mason, The Dick Van Dyke Show, Bonanza and Gunsmoke. He also was restaurant owner Novello in White Christmas. And, of course, he seemed to be the crook every other week on The Adventures of Superman. Actually, Vigran only appeared in six of the Superman episodes (even he thought he'd done more than a dozen).

Barry Gordon, who makes a brief appearance as the waiter, later won fame as lawyer Gary Rabinowitz on Archie Bunker's Place, as president of the Screen Actors Guild and as the cartoon voice of Donatello, one of the Teenage Mutant Ninja Turtles. As a child actor, Gordon appeared in two 1960 episodes of Alfred Hitchcock Presents, "The Day of the Bullet" (by Kolchak writer Bill S. Ballinger) and "The Contest of Aaron Gold."

Benny Rubin, who plays Julius "Buck" Fineman, was a regular member of Jack Benny's radio show family. He had his own NBC comedy/variety series in the spring of 1949. But the real slice of TV history was Sergeant Ernie Bilko himself, Phil Silvers. 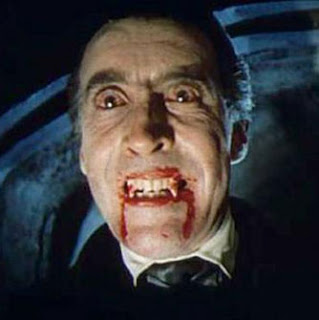 The ideal Kolchak contributor, Sangster was the screenwriter behind several Hammer favorites, including The Curse of Frankenstein (1957), Blood of the Vampire (1958), Horror of Dracula (1958), The Mummy (1959), The Brides of Dracula (1960) and Maniac (1962). The only episode written by Sangster also was the only episode directed by Michael T. Caffey. "Mike Caffey was an extremely strong director, very tough," Chermak said. "He could ball up his fist and pick you off the ground by your shirt front. He could have done more. I would have loved for him to have done more, but he didn't need the aggravation. I think his attitude was, 'Who needs it?' "

Well, the one they did was the one that gleams the brightest. Trust me on this one.
Posted by Mark Dawidziak at 12:00 PM