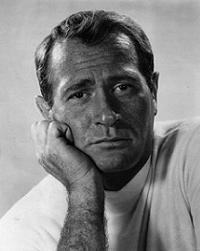 "I was a rotten little kid. Mostly I was scared and hiding it by being very tough. I wasn't really a troublemaker. It was just kind of my attitude."

Darren McGavin a scared little kid? It's hard to imagine! Darren is an experienced actor who has portrayed almost every kind of character—always with coolness and style. He is one of Hollywood's busiest actors.

"My parents were divorced when I was 11," Darren told me. "Through quirks in the court system, I ended up with my father. He was a marvelous man, but he was a traveling salesman. He put me in a Catholic boarding school and I went from there to various foster homes.

"Those years weren't terribly happy. But that first summer after the divorce wasn't so bad. I spent it living with a band of Indians on the Nisqually River in Washington. It happened like this:

"My father was a salesman for a chemical company and didn't know what to do with me. He was traveling through Washington state and decided to put me on a farm that boarded kids."

One Sunday, Darren recalled, he and his dad went out to look at the farm. They liked what they saw. "The farmer's wife showed us a lovely room that she said would be mine. There was a country quilt on the bed, and out the window you could see apple trees and a creek running through the farm. It was beautiful and it looked great," Darren said. "They even had a kid of their own who was about my age. So my father said, 'Do you want to stay here? I've got your bag in the car. I'll see you next weekend.' He put me in the house and left."

The nice room never was his though. It had been strictly a sales pitch. "They moved me to a room off the kitchen that was kind of like a tent," Darren said. "And their kid turned out to be a big bully! I hated the place! I felt lost and abandoned. I never stayed around the house much. I'd have breakfast and then go out and be off and running. Often I went down to the bottom of the valley to the Nisqually River, and I'd throw rocks, make floats, and just wander around. One day I ran into an Indian kid down there. He took me back to show me where he lived with his family and other Indians in an area of clapboard houses," Darren laughed delightedly.

"I never went back to the farmhouse! When my father came to visit me on the farm, they told him I was off fishing. They didn't really know where I was! Then he wrote me a letter which I didn't get. He finally began to get suspicious and called the police. They came to the Indian reservation looking for me. They asked the Indians if they'd seen a red-haired kid around and the Indians said no. They didn't want to have anything to do with the authorities. I was out fishing in the bay at the time."

The police finally caught up with him, however, and Darren's dad said he had to go back to the farm. "I talked him out of it, though," Darren recalled. "He went and got his money back. "

Darren smiled at the memories of that summer. "Living with the Indians was terrific," he said. "It was a marvelous, memorable experience. I was a red-headed Indian for the summer and it was absolutely divine!"

But summer couldn't last forever. Darren was put in a boarding school which he didn't like, and he kept running away. "For a while, I lived on the docks in San Francisco," he admitted. "I slept on piers. The stevedores found me, but they didn't turn me in. The police finally got me, though, and sent me back to school. What I got from all this," Darren added thoughtfully, "was early training in rebellion and learning how to survive—and that's really all that matters, isn't it?"

By the time he was 16, his mother had remarried and was living on a ranch in California. Darren's dad agreed to let him join her there. "He put me on a bus and I headed for California. I worked on the ranch all that summer and then went to school in the fall. It was primarily an agricultural school with courses in animal husbandry, crop rotation, and so on. I wasn't too happy about those courses, so I took mechanical drawing instead. I decided I wanted t be an architect. I studied mostly drafting and engineering." It was those courses which eventually led to his becoming an actor.

"My English teacher also taught drama," Darren explained. "One day she came to me and said she needed a good draftsman to help with scenery for the spring play. I didn't even know what scenery was. She took me to the back of the stage and showed me flats. I said, 'Oh, they're fake walls. Sure, I can do that!' I went back to drafting class and went to work. I was pretty good and I stayed after school to build the scenery. I graduated from high school without knowing anything about English grammar or math, but I learned about scenery!"

Darren enrolled at Pacific University to get the training he needed to be an architect, but he got sidetracked, again. He agreed to build scenery for a local little theater group and began to watch what was going on. "Finally, I asked if I could be in the play if I built the scenery," he laughed. "They asked, 'Will you build the scenery if you're not in the play?' and I said, 'Nope!' So they let me have the part—it was a lot of fun!"

That was the start of Darren's career. He won a role in the movie A Song to Remember, and after small parts in half a dozen pictures, he decided to go to New York and study acting.

Those were the days of live TV dramas, and most of them were being done in New York. They offered great opportunities for a young actor. Darren jumped at the chance to be in such series as Studio One, The Kraft Theater, and The U.S. Steel Hour. In all, he was in over 100 television dramas.

Numerous off-Broadway plays followed, and he toured in the national company of Death of a Salesman. Shortly after that, he won his first major film role in Summertime with Katherine Hepburn and Rossano Brazzi. 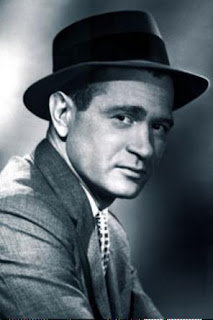 Then he appeared in a number of Broadway plays, including The Rainmaker and The Innkeeper. In his first TV series he played the title role of Mickey Spillane's detective hero, Mike Hammer. This was followed by the Riverboat series and The Outsider. In 1971, he starred in Tribes, a "Movie of the Week" presentation.
It was another "Movie of the Week" which brought about his new series. That was The Night Stalker (on ABC in January of 1972), and it drew the largest audience ever for a TV film. Its success led to a sequel called The Night Strangler and the to The Night Stalker series.

Of the series, Darren said, "I feel very responsible for it. From the very beginning I said that if it was bad, it would be my fault—because the second night we were shooting The Night Stalker movie, I said to a network executive, 'I'm free now, I have no plans for next year, and this would make a terrific series.' The executive said I was out of my head."

But after the success of the two movies, the network executive changed his mind. Was Darren still interested in doing the series? He was.

"The character of Carl Kolchak is one with broad appeal," Darren said. "Kids love him. He's a fun character. He works for a news service based in Chicago, so he bounces all around the Midwest—Chicago, St. Louis, Detroit, Cincinnati, through the flat farmland in the middle of Iowa. 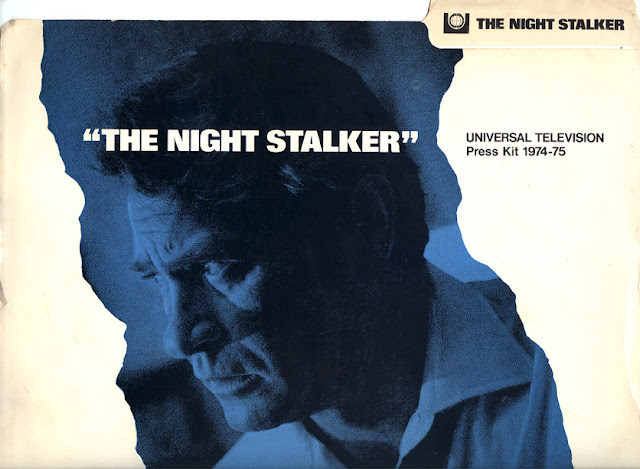 "The shows on The Night Stalker are always based on reality. We're operating, hopefully, on the theory of WHAT IF... What if you were driving in your car on the way to the desert and suddenly your engine stopped? What if you got out to flag down a car and you just disappeared? What could make that happen?

"We're not asking a lot of the audience. We're just asking them not to believe what they see. What we are doing is telling scary stories on The Night Stalker. People want to be scared! As a kid I loved sitting around campfires and telling ghost stories!"

Darren has turned down many series in recent years. "Sometimes I think I should have gone through college, taken architecture, and build homes for people," he said with a grin. "It would be less expensive. Now all I do is build homes for myself! I do everything—the blueprints, the line drawings, and so on."

He's also building himself a very successful career. Not bad for a "rotten little kid."

(Special thanks to DJS for the Press Kit images.)
Posted by John Scoleri at 6:00 AM