Bodies are turning up in Chicago with bits of Spanish Moss sprinkled on them. The number one suspect has been involved in a six-week sleep study. Kolchak is convinced that a Bayou Boogeyman is springing forth from the sleeping man's subconscious.

PE: I gotta tell ya that I'm not happy with this startling trend. The best looking girls in the show end up being quick monster meat. We only get about three minutes of the very pretty Roberta Dean before she has her chest caved in by a seven foot tall mossman.

JS: That's the least of the trends we have to worry about. I was really looking forward to a Man-Thing from the swamp episode, and instead I got what looked like a homeless guy in dreadlocks and a sweater. I see scarier people on the streets of San Francisco every day. I'm going to chalk your love of this one up to sentimental recollections of seeing it as a child. 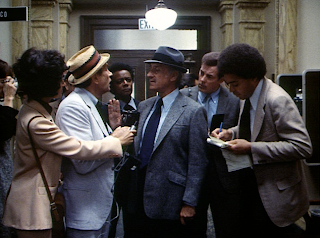 PE: Our cop du jour is Captain Joe Siska, who evidently has history with Carl. When we first meet up with Siska, he's just come back from forced group therapy (forced by his suffering wife) and he's quite a bit more mellow than Kolchak remembers him. It throws the reporter for a loop.

JS: As soon as he's introduced, you realize that Keenan Wynn is just the breath of fresh air we needed. Just when you think Kolchak is going to get tossed out on his ear, he's invited to stay, provided he plays nice and follows the rules.

PE: The mellow mood doesn't last however as, later in the episode as the body count grows higher around the Captain, he runs into the ever-inquisitive Carl Kolchak in a precinct hallway and is a tad flustered:

Carl: What ever happened to "I'm Okay, You're Okay"?
Siska: Well, to tell you the truth, you're not okay! The people in group therapy didn't tell me I was ever gonna meet anybody as un-okay as you are! Carl, singlehandedly you have the strange ability to take a year and a half of group therapy and send it right down the drain!

PE: Is Wynn chewing tobacco in this scene? It looks like he avoids opening his mouth fully and, unless it's my black and white TV, he seems to have some black gunk on his teeth (if this were my first viewing, I'd suspect that Siska was the mossman!). His meltdown in the lab near the climax  is hilarious, capped by the equally funny soothing tone of "relax, relax" and a firm hand on his shoulder from Carl. Though the cop chews Kolchak a new one every time they meet up, you get the feeling that he's not completely dismissing the reporter's wild claims. Mark may correct me but I believe that Captain Joe Siska is the only cop to be re-elected on Kolchak: The Night Stalker. He'll be back in a few episodes for a "Demon in Lace."

JS: I look forward to seeing what kind of mood he's in.

PE: Kiel gets about as many lines here as he did in "Bad Medicine" but it's all about quality rather than quantity anyway, right?  I'm not sure of the spelling but I believe he says "Uhhh Uhhh Uhhh Uhhh," but at least it's not the next verse of Old MacDonald. 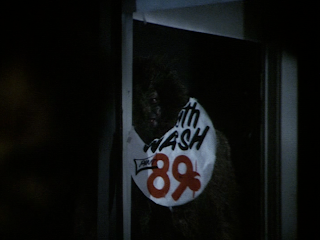 JS: I wasn't expecting a lot out of the Mossman's costume, and while I'm willing to stipulate that in 1974 he was probably very creepy, it honestly looked to me like he was just a guy in a big wool sweater with dreadlocks. He was rightfully kept in the dark for the bulk of the show (a single eye notwithstanding), but once we got a decent look at him in the sewer, it was clear he was not the monster I was hoping for.

PE: We don't get a good look at the big mossy feller with the white hands, which is probably a good thing, but I suspect the inspiration for Peremalfait would have to be the two comic swamp creatures who were, at the time, quite popular: DC's Swamp Thing and Marvel's Man-Thing. Going even further back, you could cite the influence on both those comic characters, The Heap, which appeared in Hillman's Airboy Comics of the mid-1940s. Other notable muck monsters include Theodore Sturgeon's "It" and "Brenda" by Margaret St. Clair (adapted by Thriller's Douglas Heyes for Night Gallery in 1971). 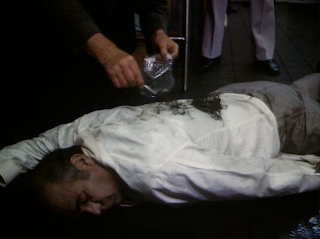 JS: I think the prop guys had one instruction in the script when it came to dressing the murder victims: Garnish liberally with moss.

PE: Lots of genre ties in this episode. Character actor extraordinaire Keenan Wynn would go on to do Orca, Laserblast, Piranha, and The Dark to name just a few. Severn Darden, who plays the arrogant Dr. Pollack, will forever be known as Kolp, Governor Breck's right-hand man in Conquest of the Planet of the Apes and later a Governor himself, of a band of mutants, in the sequel, Battle for the Planet of the Apes. Darden also appeared in the cult classic, Werewolves on Wheels.

JS: Darden is another favorite of mine. He's right up there with Anthony Zerbe as an early 70s villain I love to hate. Great presence, unique delivery—perfect for a creepy character actor. I love his response to Kolchak's quip:

PE: Virginia Gregg (Dr. Hollenbeck) was the voice of Norma Bates in Psycho, Psycho II and Psycho III. Elisabeth Brooks (who plays Pretty Lab Assistant #2) went on to become the reason why God invented rewind when she played the very sexy (and very naked) werewolf, Marsha, in The Howling. "The Spanish Moss Murders" was her first role. Tragically, she died of cancer at age 46. Director Gordon Hessler helmed several horror and fantasy flicks: The Oblong Box, Scream and Scream Again,  Cry of the Banshee, Murders in the Rue Morgue, and The Golden Voyage of Sinbad. I'm sure it was this healthy resume that convinced genre fan (and KISS bassist) Gene Simmons to hire Hessler to direct the vanity project, KISS Meets the Phantom of the Park. 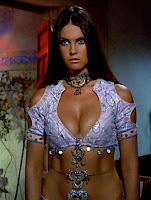 JS: Gordon Hessler will always hold a special place in my heart for being the one responsible for the film that introduced me to Caroline Munro. While not an A-lister by any stretch of the imagination, he's responsible for quite a few fun, memorable genre flicks. And yes, that includes the KISS Meets the Phantom of the Park TV movie, thank you very much.

PE: There are a few very vivid "blips" of memory I have from this series: the burning cross from "The Vampire," the reveal of "The Sentry," and the headless motorcycle rider known as "Chopper,"are as fresh in my brain today as they were nearly forty years ago, but the one scene that scared me more than anything on this show when I saw it on its first run was moss-covered Richard Kiel rising from the waters of the sewer in front of Carl. That scene still gives me a nice tingle. The show itself is a winner as well. Dr. Pollack doesn't really give a damn about Paul Langeis, his sleeping subject, other than how the man can further the scientist's career. It's a creepy scene when Siska asks the Pollack if Langeis is going to die and the doctor looks at him and says "Well, that's a bit premature but I'll tell you this... I can't wake him up." Five seconds later, the guinea pig flatlines. 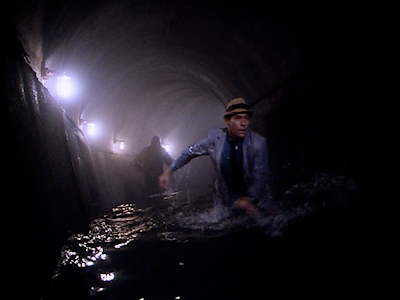 JS: The finale in the sewer is cool, particularly if you squint so as not to see the monster too clearly. But that said, I felt this episode was just okay, and not one of Carl's high points. 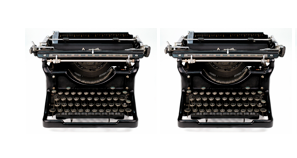 Next up, Kolchak faces Matchemonedo!
Posted by John Scoleri at 6:00 AM