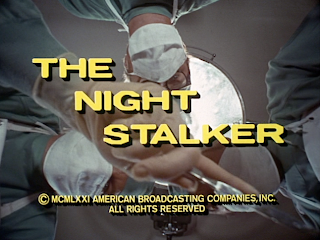 
Reporter Carl Kolchak stumbles onto the story of a lifetime: it appears there may be a vampire loose in Las Vegas. On his own, with no help from the disbelieving police, Kolchak attempts to track down and destroy Janos Skorzeny before he can kill again. 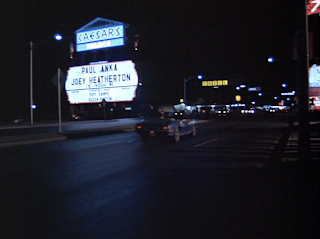 JS: I think Moxey was trying to establish that the seventies were a scary time. Speaking of scary, one of my favorite members of Dan Curtis' stock company is also along for the ride; composer Robert Cobert. He did amazing work on Dark Shadows, and continued to work with Curtis through numerous TV movies (and went on to do one of his best scores for the Curtis-directed Burnt Offerings). Like many composers, his scores have a signature feel, and he masterfully creates eerie themes that always manage to fit the subject matter; whether the story is set in a Gothic mansion or on the Las Vegas strip.

JS: I think both are great, but you're right. At one point in this viewing, my wife said she thought Akins  should have been the editor. I think those were both great casting choices—Kolchak is basically dealing with the same personality coming and going. The only difference between them being when all is said and done, Vincenzo acknowledges what Kolchak has done.

PE: How does everyone seem to know where Carl is? Kolchak's having a discussion with Fed Bernie Jenks (Ralph Meeker) and he gets a phone call!

JS: I think it indicates how connected Kolchak is. Matheson throws in several off-hand references to Kolchak's career before he ended up in Vegas. It's just enough to imply a greater backstory without wasting a lot of screen time on what ultimately would be unnecessary details. One of the things I love about the show? There's a ton of shooting around downtown Las Vegas, and I don't think I counted a single process shot! 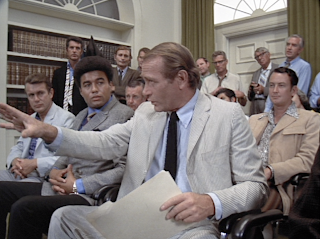 PE: This must be the worst news town in the United States. At multiple press conferences, Kolchak is surrounded by reporters and yet he's the only one to make a peep.

JS: You get the sense that everyone else is there because they drew the short straw. Carl is the only one who seems to relish his position, regardless of the market he's in.

PE: An early example of "Don't let the news get out, it's bad for the town business" that would catch on with Jaws and then become a staple of pert near every horror film from then on.

JS: But think about the people who were at risk. The locals are really going to go out of their way to protect the ladies of the night? You'd think they'd take advantage of it to curtail their trade.

PE: What a cast we have here. Oakland, Akins, Meeker, character actor Charles McGraw, Larry Linville (later of M*A*S*H*), Elisha Cook, Jr., and Barry Atwater. Wow! The only weak spot, for me, would be mousy Carol Lynley, who always seemed to play the same character in every role. And then there's the note-perfect Darren McGavin, who's so zoned in as Kolchak, you can't tell at times if the reporter wants to find the monster to be a Good Samaritan or because it means his name in lights. 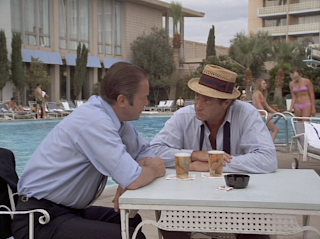 JS: You quickly appreciate that his acerbic wit is not reserved for his 'enemies,' as he treats everyone the same, from the Sheriff to the D.A. to his pal Bernie (who I wish we would see more of—a Felix Leiter to Kolchak's James Bond, if you will). What I also think makes Kolchak interesting is, despite his silly straw hat and white shoes, he is clearly a ladies man. The cliché would be for him to live alone with nary a female in sight.

PE: The script is near-perfect as well. Akins and Oakland were fast running out of ways to say "Kolchak, get out of here" but that's a nit. What I loved about this film is that it looks sideways at the vampire mythos. Sure, we've seen dozens of the "one guy knows about a monster but no one will believe him" but that's not really a point labored here. A vampire with a station wagon sounds like a goofy idea (why not a hearse, right?) but think about it. The guy's got to get around and, ostensibly, Matheson's not buying into the "man into bat" transformation or, rather, he just doesn't address it. But even if Skorzeny could turn into a bat, or a wolf, how would he carry all those bottles of blood around? With little bat-wing-fingers? How does a vampire dress himself? Does he keep a clean house (not in this case)? How does he buy that station wagon and buy that creepy house? These things, in other movies, are just a given. We don't question them because we just want to be frightened. The house is always a castle and the vampire always wears the same clothes, those he was buried in. Richard Matheson lets us in on some of these secrets but he does so subtly. No one discusses it. 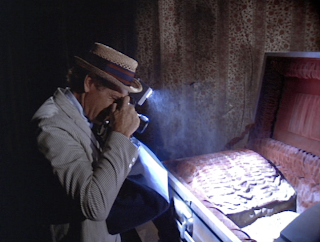 JS: And again, whereas you're used to the stories where no one beyond the main character is willing to even consider the facts being presented, even the good doctor (following his tour of duty with the M*A*S*H unit in Korea) suggests that his claims should not be dismissed outright.

PE: It's interesting that Matheson holds on to some of the old movie tropes - the cross, the stake through the heart, daylight being deadly, soil in the coffin, the coffin itself - but doesn't get into the others - garlic, the mirror, or water (in fact, the vampire falls into a pool at one point). Skorzeny's death scene is right out of Horror of Dracula. I almost want to see if the vampire's corpse turns to dust after the staking but, no, Matheosn ends it at the right... point. 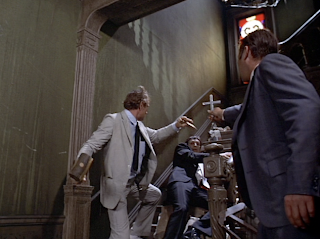 JS: The isolation with the sunlight, sure, but Matheson wasn't going to deny us a staking, and Atwater really sells it when he realizes he's met his match. Speaking of Skorzeny, it was a nice surprise that he was not just another handsome vampire charming his way to the ladies hearts (or necks). He's a lumbering creature from the moment we first see him, from behind, stalking his prey. His house, as you mention, is equally unattractive. While not a Gothic mansion, the last act is almost lit as such, which makes for a very creepy showdown between the monster and our intrepid reporter.

PE: I have one question though: why would Skorzeny hook up Shelly to the bed as a "private blood bank"? It makes no sense to me as the guy kills all his other victims outright.

JS: Think about it—Skorzeny is starting to feel the heat, and he knows he can't keep snatching up ladies of the Vegas night without getting caught. He needs to lie low for awhile, hence stealing blood from the hospital and setting up a tap in the old homestead. I'm more troubled by the fact that Kolchak seems shocked when he fires upon Skorzeny at point blank range with no effect. After all he had seen, I don't know why he even bothered picking up Bernie's gun.

PE: That doesn't really bother me. It's like the military guys who continue to fire their sidearms at Godzilla. It's there. You have to try. Also, even though Kolchak is convinced "This nut thinks he's a vampire," there has to be some doubt, even now, that the guy's the real deal. Just a little doubt.


JS: I can't imagine it's a coincidence that one of Skorzeny's identities was 'Belasco,' a name familiar to fans of Matheson's Hell House.

PE: It's too bad that the vast majority of the millions of fans of The X-Files and Supernatural have never even heard of The Night Stalker and yet, without it, would those shows have been created? At least in the case of The X-Files, series creator Chris Carter continually acknowledged the debt. Good for him.

JS: Click here to check out a period article on The Night Stalker from issue #25 of Castle of Frankenstein magazine, including an interview with Barry Atwater. Thanks to the fine folks at My Monster Memories for posting! 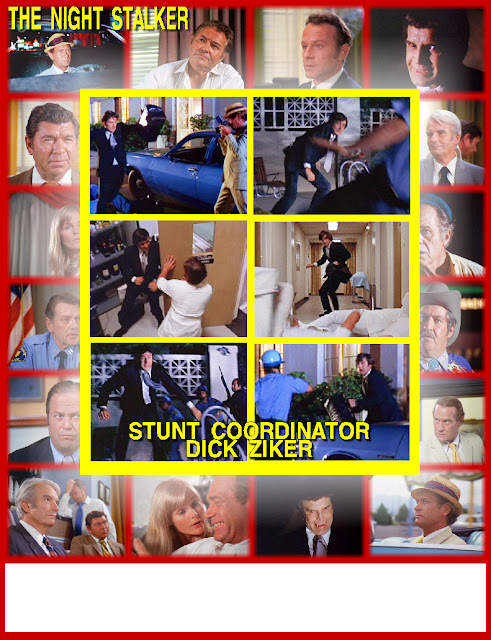 Be sure to come back at 12pm PST for Mark Dawidziak's look at The Night Stalker, and 4pm PST for Matthew Bradley's Spotlight on Kolchak's debut!

Next up, Kolchak faces The Night Strangler!
Posted by John Scoleri at 6:00 AM