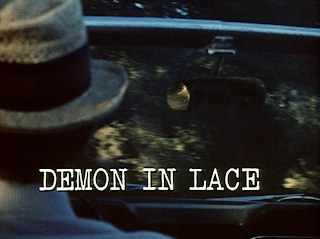 A succubus is working her way through hunks and babes on a college campus. With the help of a college reporter, it's up to Kolchak to stop the Sumerian demon. 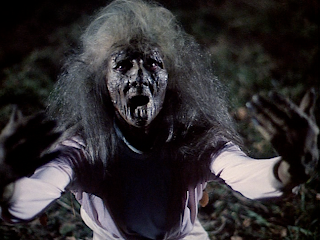 PE: Every man's nightmare! A few too many drinks and you'll end up in the sack with just about anything. Take my word for it. I live in Arizona where the local pick-up line is "Hey, nice tooth!" And the gruesome make-up almost looks like our Demon has a tongue hanging out of her mouth. I've even had those lines used on me: "I want to touch your face. I've seen it so many times. I just want to convince myself that I'm really here." Usually the only thing I see after that is the badge.

JS: While the succubus is sufficiently scary looking, her appearances are too few and far between in the episode for my tastes.

PE: Did college jocks really dress this effeminately in 1975? If so, they certainly got what they deserved. I really wanted to see "that look on their face," the look of terror the cops keep describing on the faces of the corpses. What does a person look like when they've "died of fear?" The eyes have to be open, right? How about the mouth? Lips pulled back as if to scream? We don't even get a description here. Just "Well, chief, you can tell by that look on his face how he died." Bunk.

JS: I think it would have been very effective to see at least one victim with a face frozen in fear. In fact, if we saw that as the indication that someone was the victim of the succubus, I would have been content with the few early glimpses we do get of the demon.

PE: Interesting credit: "and Carolyn Jones as Registrar." You'd think if they're going to honor Jones' obvious contract stipulation they'd at least give her a name. Her credit is actually longer than her screen time.

JS: You know you're in trouble when a superior performance of a guest star can be found in an episode of Batman.

PE: Jackie Vernon is the latest victim of "Cameo Comedian." I don't have a problem with the short shrift given Vernon though as his somnambulist schlub routine, done so much better by Rodney Dangerfield, never lit my rockets.

JS: Speaking of sleepwalking, if you had told me that Milton Parsons (as Dr. Salem Mozart) died mid-take, I would have believed it. I must admit that I found his conversation with Kolchak quite entertaining, particularly when Carl agrees to subscribe to Handgun Review to give to Miss Emily. 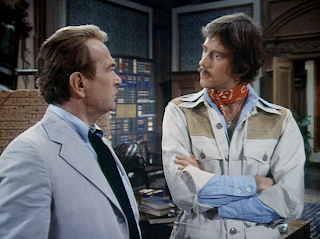 PE: No, that's not John Holmes in the role of Archaeology Professor Spate, it's genre vet Andrew Prine. What made you think of porn was the mustache, sausage-squeezing bell-bottoms borrowed from Robert Plant, tacky neck-wear, and gold chain Prine wears with his khakis. What, no pith helmet? Those pants, by the way, are in no way complimentary. After hundreds of TV appearances (Alfred Hitchcock Presents, Combat, Ironside, Dr. Kildare, etc.) Prine settled into a stream of low-budget horror films including Simon, King of the Witches, Crypt of the Living Dead, The Town That Dreaded Sundown, Grizzly, The Evil, before heading back to TV for a second successful run. (including an appearance on CSI in 2005). He's got one great scene here, obviously the one with McGavin, where Carl is trying to bullshit his way into the Professor's confidence. The reporter stumbles when he opines that some of the hieroglyphs on the ancient tablet might be a recipe for Lamb with Mint Sauce. Prine has a fabulous WTF? moment before falling in with Kolchak's inanities to find out where this is going. The funniest thing about this sequence is that this really smart professor could not see through Kolchak's ruse for quite a while.

JS: Another favorite bit of mine comes when Kolchak pockets a security guard's badge, only to prick himself on it.

PE: LOL-dialogue when Tony informs the newsroom that, from here on out, all stories will have an upbeat theme, just as Carl, reading from an old text, exclaims "Ah, Asmodeus, the Prince of Fiends!"

Tony: How is the Prince of Fiends going to fit into my new directive?

Carl then tells Tony about the translating of the sinister ancient tablet, to which Tony barks:

Tony: Carl, I don't care what the ancient tablet is, whether it's an ancient guest record at the Ebenezer Motel... or what...
Carl: Ebekenezer!

JS: I know that I'm going to take heat for this, but I was underwhelmed by Keenan Wynn's performance this time out. Whereas his first appearance as Siska in "Spanish Moss Murders" was a standout, I felt that he reverted to being the cliché police captain here. And now for your rebuttal.

PE: My rebuttal is that you're insane. I'd like to know the reasoning behind the rotating Captain policy on this show. I ask because it strikes me that Keenan Wynn is so good in this role (as was William Daniels, for that matter) that the producers should have just hired him as a regular. He couldn't have had an unreachable fee at this stage of his career. He's got all the components down perfectly and knows which one to bring out at the right time. He's got that Tony Vincenzo-esque KOLCHAK! bellow, he can converse in an even tone, and he can convey a no-nonsense attitude as well. Was there a thought process going in to this show that a different cop every week would somehow be a plus?

JS: I'm surprised you didn't call out the line where Rosalind is on the phone describing Mick Jagger as a 'nine' and Quasimodo as a 'two'. Of course the reason it stood out to me is because I would rank Jagger and the Hunchback about the same. 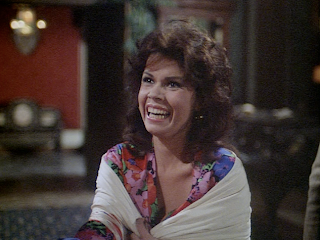 PE: I think Lara Parker hung around after "The Trevi Collection" to give evil laugh lessons to Maria Grimm (dead girl Maria)

JS: It made for a nice transition from the cutie-pie that she was, to the demon she would become.

PE: Coincidentally, everyone in this show who discovers a dead body knows exactly what a dead body looks like. The young guy who loses his date through a tumble down the stairs, only to find her body missing, spent three years in Nam and knows just what a dead body looks like (and also knows well the stench of death!). Maria, dead from a really bad day at the office and a percolator, is discovered by her Spanish landlady just moments before she gets up from the couch and wanders off. "No, senor, I've worked at a hospital for ten years, I know the dead when I see them," she tells Captain Siska. Our Captain must be getting tired of hearing the same old line.

JS:  I liked that final shot of he vanquished demon, where we realize that the succubus was in fact Mrs. Chopper (nice hair though-PE). 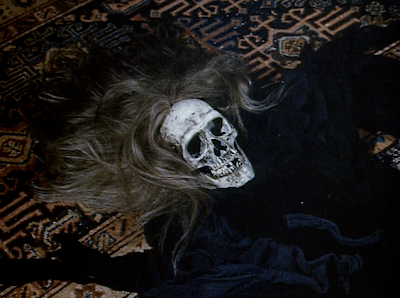 PE: Very creepy climax when the demon turns her unsavory attention towards Carl, who's smashing her tablet. The image of the demon through the open french doors reminded me of some of those Mexican horror films I ate up as a kid. 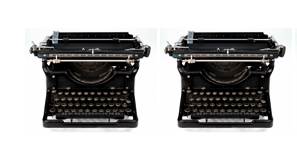 Next up... Kolchak meets The Mummy!
Posted by Peter Enfantino at 6:00 AM